Veering From The Wave 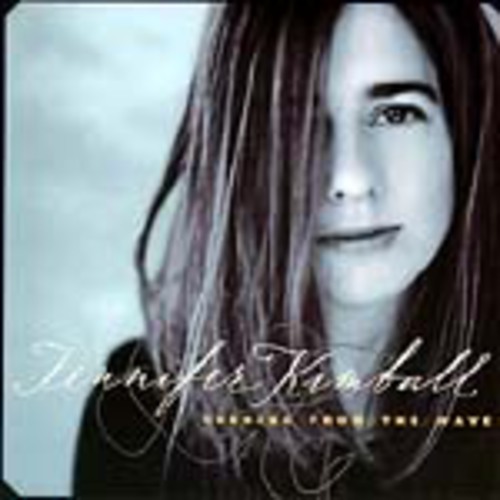 Jennifer Kimball's CD, "Veering From the Wave" (Imaginary Road/Polygram), isn't so much a solo debut as it is a reintroduction to a familiar artist. Listeners will instantly recognize Kimball's voice by virtue of her work with The Story, the commercially-successful and critically-acclaimed group that in the early-'90s blazed the trail for contemporary, chart-topping folk-pop artists like Sarah McLachlan, Paula Cole and Jewel. As one-half of that now-legendary duo which made two albums for Elektra Records ("Angel In the House," "Grace In Gravity") and helped foster a whole new genre of intelligent, acoustic-based folk-pop -- to which radio responded at the time by creating Triple-A (Adult Album Alternative), an entirely new format -- Kimball supplied the group's signature harmonies and a hefty dose of comic relief in its live shows.
THANKS -

first, most heartfelt thanks to Ben Wittman whose enduring optimism, unswerving concentration and burning musical ideas made these songs fly; to all the musicians who played on this record - and especially to Marc Shulman and Zev Katz for so many beautiful ideas on stage and in the studio; to Dan Marnien for tremendous basics and so much generosity; to Lucy Kaplansky for unraveling me with harmony; to Ben Wisch for shimmering mixes, an open heart, and the big view; to Leslie Holmes, for bringing back my voice and helping me to feel like I could sing anything; most special thanks to Andrew Kimball and Sarah Williams, to my parents, grandparents and my extended family - Kimballs, Hardins, Shaws, Footes - to all the Beards; and to Dan Beard and Laszlo, now three legs, for patience and love, for getting through

to the record company - Dawn Atkinson and Will Ackerman, for giving me the chance to do this; to everyone at Imaginary Road, PolyGram Classics and Jazz, and Mercury who have helped me so much so far - especially Lisa Altman, Carol Della Penna, Chris Roberts, Margery Greenspan, Jeff Schulz, Michael Krumper, Neil Shapiro, Kevin Gore, John Yakubik, Randy Dry, Jim Stabile, Stan Ades, and Amito Gallardo

to Jonatha Brooke for so many years of beautiful songs and to Duke Levine, Mike Rivard, Alain Mallet and Ben Wittman, again, for rocking the Story

All songs written by Jennifer D. Kimball  1998 Laszlo Art Songs/ASCAP
except "Fall at your Feet" by Neil Finn  1991 Roundhead Music/BMI.
All rights reserved. Used by permission.