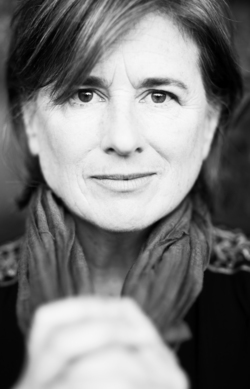 Boston-based singer/songwriter and harmony aerialist, Jennifer Kimball is releasing Avocet, her first solo record in ten years. Kimball grew up in a musical family and began singing professionally in 1983 with college classmate, Jonatha Brooke. ‘Jonatha and Jennifer’ evolved into national touring act The Story and signed with Elektra, releasing two critically-acclaimed albums, Grace in Gravity (1991) and Angel in the House (1993). Jennifer left The Story in 1994 to pursue a career as a freelance harmony singer and solo artist. She sang on an impressive batch of albums for, among others, John Gorka, Catie Curtis, David Wilcox and Patty Larkin, with whom she toured nationally as well. In 1998 she signed with PolyGram and released her first solo record Veering from the Wave about which The Washington Post wrote “what makes these songs [and their lush-quirky chamber-pop arrangements] so impressive... is the elegant melodies and harmonies, which capture the loneliness and longing that blossom in the wake of separation.”

In the early 2000s, Jennifer lost her mother, got married and had a son, hanging up her touring days in the process. Since then, her musical life has revolved around a vibrant local music scene in Cambridge/Somerville where she continues to share her compelling harmonies and melodic ideas with a slew of local projects, often collaborating with Rose Polenzani, Duke Levine, Rose Cousins, Laura Cortese, Kris Delmhorst, Session Americana, Alastair Moock, Peter Mulvey and Chandler Travis. She continues to write songs, teaches harmony singing, and runs a holiday ensemble called Wintery Songs in Eleventy Part Harmony. Her new album, Avocet, finds her collaborating with a whole new team of young musicians, including several members of Brooklyn-based avant pop band Cuddle Magic. Alec Spiegelman (Pokey Lafarge, Cuddle Magic) has produced an album that is surprising, poignant and beautiful, a splendid chamber-pop over and through which floats the unadorned and honest voice of a truly literate songwriter, a voice which conveys warmth without affect, the voice of Jennifer Kimball.